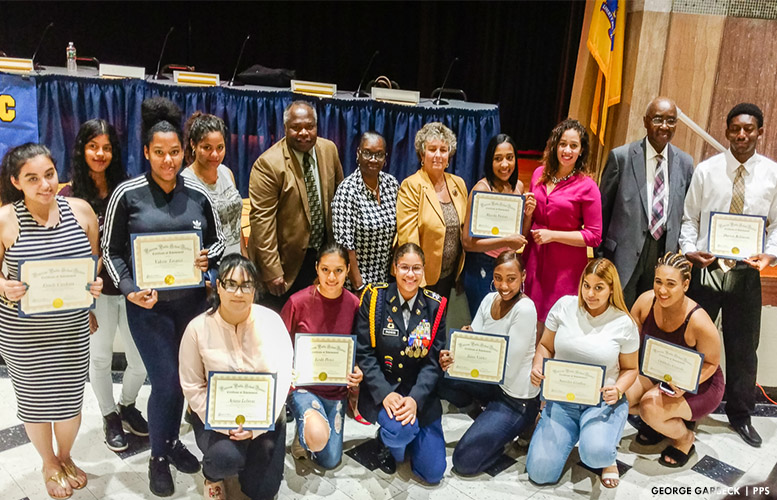 The city’s school district recognized 147 students on Wednesday night for securing $10,000 or more in college scholarships.

Students from the city’s seven high schools received certificates from state-appointed district superintendent Donnie Evans and the Board of Education recognizing their achievements.

“We’re seeing more and more of our graduating seniors are going off to a four-year college or university. We’re extremely proud of it,” said Evans in late May. He recognized a segment of the students in May and the rest on Wednesday night. The separate recognition ceremonies resulted from a date conflict with some high schoolers’ prom in May.

Over the years, more and more Paterson students have graduated high school to attend four-year colleges. In 2011, the district tallied 243 students went off to four-year schools; in 2016, that number leaped to 421 students, according to Evans.

The students to receive the single biggest scholarship awards were Jeferson Mendoza from Kennedy High School and O’Lesheya Braxton of Panther Academy. He received a $160,000 scholarship from Dartmouth University. Braxton received an athletics scholarship, according to the district.