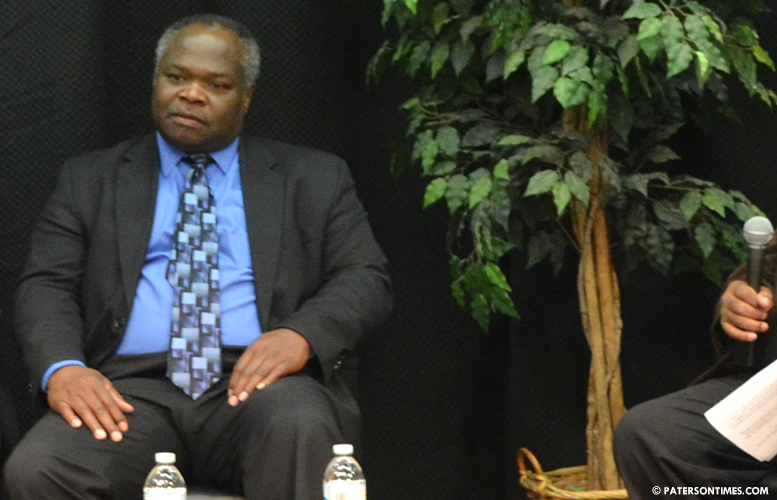 The city council appointed longtime school board member Jonathan Hodges to the Paterson Board of Adjustment on Saturday afternoon.

Councilman Kenneth Morris nominated Hodges for the post. He is filling the seat rendered vacant by the council’s removal of Montaha Deeb.

“I wanted to do what I can to serve the city,” said Hodges. He has complained about higher property taxes following the 2015 property re-assessments. Taxes on his Eastside section home more than doubled from almost $7,400 to 15,000, according to municipal government property tax data.

Hodges, who has been on the Paterson Board of Education for 15 years, will be able to play a role in reducing property taxes for homeowners through approval of variances for major development projects via the Board of Adjustment. His appointment was approved in an 7-1 vote. Councilman Michael Jackson voted against while Andre Sayegh was not present during the vote.

When asked whether this a way out of the school board, Hodges replied: “I assure you, I don’t intend to go anywhere.”

Other school board members also serve on municipal boards. For example, Lilisa Mimms was appointed to the Paterson Planning Board by mayor Jose “Joey” Torres; Nakima Redmon serves on the Paterson Historic Preservation Commission.

Hodges is expected to face a tough re-election bid in November. Chrystal Cleaves and Mimms are also up for re-election. He often finds himself at odds with school board president Christopher Irving.

Hodges represents a thinning faction on the board while Irving is the head of an ascendant group containing majority of the board members.

Irving, who exercises commanding influence on the school board, is expected to lend his backing to those candidates seeking to oust Hodges, according to local political strategists. In last year’s election, Hodges backed former school board members Corey Teague, Kenneth Simmons, and Errol Kerr while Irving backed Manny Martinez and Flavio Rivera.

Irving, who also ran for re-election last year, barely survived. His campaign was beset by a series of controversies that was overcome with a record $20,300 campaign spending. His campaign benefited from donations from South Paterson. He also received a $1,000 contribution a month before the election from gubernatorial candidate Phil Murphy.

Kerr and Teague lost. In a November election with the presidential candidates at the top of the ballot, Martinez and Rivera rode the Hispanic surge unleashed by Hillary Clinton to victory. Irving’s faction is planning a repeat this year with the New Jersey gubernatorial candidates at the top of the ballot. However, that largely depends on the sort of outreach Murphy will conduct among Hispanic voters. If Murphy spends large sums in getting out the Hispanic vote, candidates like Joel Ramirez and Fannia Santana, both with common Latino last names, will do well.

Paterson is a Hispanic majority city.

Petitions for the November 7th, 2017 school board race is available at the Passaic County Clerk’s Office at 401 Grand Street. The deadline to file is July 31st, 2017 at 4 p.m.