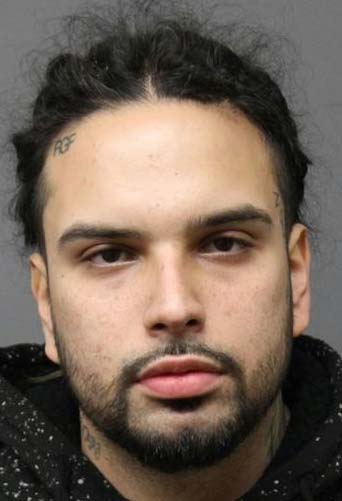 A member of hometown rapper Fetty Wap’s crew was arrested on Tuesday for allegedly trafficking cocaine from Paterson into Bergen County towns, according to the Bergen County Prosecutor’s Office.

Samuel Irizarry, 26-year-old, also known as “F.A.M.E,” was arrested and charged with cocaine distribution and child endangerment. He allegedly made a sale in the presence of his two-year-old child, according to authorities.

Irizarry told police he is a music manager and rap artist. He is listed on Wap’s record label RGF Production’s website as a “producer straight out of Paterson.” He has gone on three tours with Wap and has two songs in the famed rapper’s upcoming album.

Irizarry has a tattoo on the side of his forehead that reads, “RGF.” He was arrested with two other Paterson residents, Jenece Miranda, 26; Alma Rivera, 35.

All three were charged with the same offenses.

The trio is scheduled for a court appearance at the Bergen County Court on Wednesday, December 13, 2017 at 8:30 a.m.