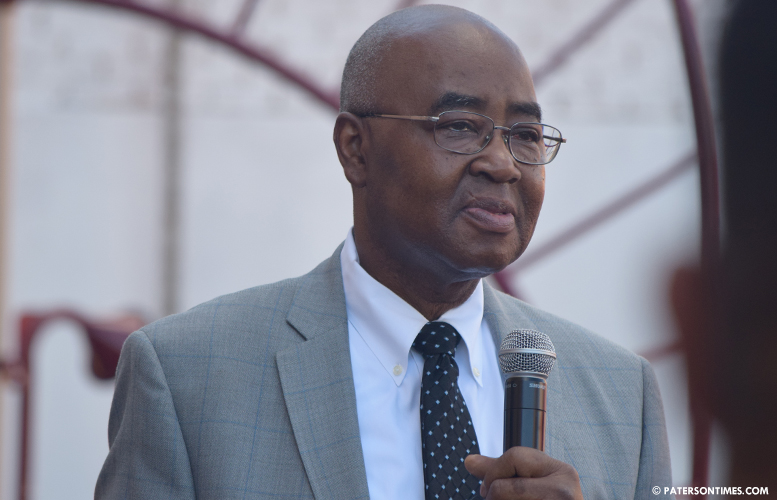 State-appointed district superintendent Donnie Evans is retiring from the Paterson Public Schools at the end of June, he announced on Thursday night. Evans has been the superintendent of the school district for the eight years.

“Every day my goal was to ensure that our students received the quality education they deserved, and were prepared to succeed in life after they leave our schools. It was challenging, but rewarding work, and I believe that we have put our 28,000 students on a pathway to success,” said Evans, 67.

Some his biggest accomplishments were boosting the district’s graduation rates, breaking up troubled comprehensive high schools into academies, and decreasing the dropout rate by 6-percent from 2009 to 2016.

“I think the graduation rate was his largest accomplishment,” said school board president Christopher Irving. Evans found a 45-percent graduation rate when Jon Corzine announced him as the superintendent in March 2009. The rate now stands at 78-percent.

“He moved into this district,” said school board vice president Chrystal Cleaves. Evans purchased a home in the Eastside neighborhood and has lived with his wife at the house for the past eight years.

When asked what letter grade she would give Evans, Cleaves said, “I’d give him a passing grade.”

School board members Lilisa Mimms and Manny Martinez also said Evans would get a passing grade from them.

“Based on the circumstances, he did a good job,” said Mimms. Prior to Evans, the district was changing superintendent every few years, said board members.

“Ultimately, what he brought to the district was stability. Eight years on the job. That’s the longest serving superintendent we had in sometime,” said Martinez. “He left our district better than he founded.”

Evans had to grapple with big budget cuts over the past few years. He had to lay off hundreds of teachers and support staff at the district.

School board member Jonathan Hodges was surprised by the sudden announcement of Evans’ retirement. There has been talks of Evans retirement going back more than a year.

“He’s had a very interesting tenure here. He’s demonstrated many areas of improvement since he’s been here,” said Hodges. He said Evans did well in opening the Paterson Gifted and Talented Academy and in opting to open an International Baccalaureate program at International High School.

“He’d tell you, he didn’t move the district as far as he’d like. Whatever he was trying to do he was hampered by eight years of illegal underfunding,” said Hodges.

School advocates also thought Evans had a decent tenure as superintendent. “He has brought us a long way. We’ve had some incremental gains,” said Rosie Grant, executive director of the Paterson Education Fund. She cited the full-service community schools and the breakup of Eastside High School and John F. Kennedy High School which improved climate within both large high schools.

Grant said he also worked well with community partners. “I think he had a good run with us, but I think he struggled with cuts and people don’t always agree with what’s cut and where,” she said.

Evans this year eliminated 208 jobs including 96 teachers to balance a budget that had a $42 million gap. He faced severe criticism from the Paterson Education Association, the teachers’ union. Evans has filed tenure charges against John McEntee, Jr., president of the union, in a move that teachers saw as an attack on their union.

McEntee has criticized Evans for his management of the district. The union also approved a no confidence vote on Evans. McEntee declined to comment on the retirement announcement late Thursday night.

Evans will retire effective June 30th, 2017. Deputy superintendent Eileen Shafer will serve as the acting superintendent until a permanent appointment is made. In the past, the state, which has controlled Paterson schools for almost 26 years, has allowed the local community to undertake a search for a new superintendent.

Hodges, who is the longest serving school board member, said when Evans was selected there was a search committee made up of some board and community members. Grant said that committee interviewed and then recommend Evans’ appointment to the New Jersey Department of Education.

“The search will be board led. The state will assist board and support the board,” said Irving about finding a successor. He said he has spoken to the state and indications are that will be the process that will be followed to have a successor to Evans by the fall of this year.

There has been some speculation that former New Jersey commissioner of education David Hespe could serve as Evans’ successor. He recently began working for the school district. Irving said there’s a law that says the commissioner has to wait a year after leaving office before being considered for a superintendent job at a district.

“I am proud of what we’ve accomplished together,” said Evans, who has been described as a superintendent willing to engage and involve local community leaders, organizations, and others to help address issues facing the district.

Correction (June 1st, 2017): A previous version of this report erroneously stated Evans lived in the Riverside section when in fact he resides in the Eastside neighborhood.