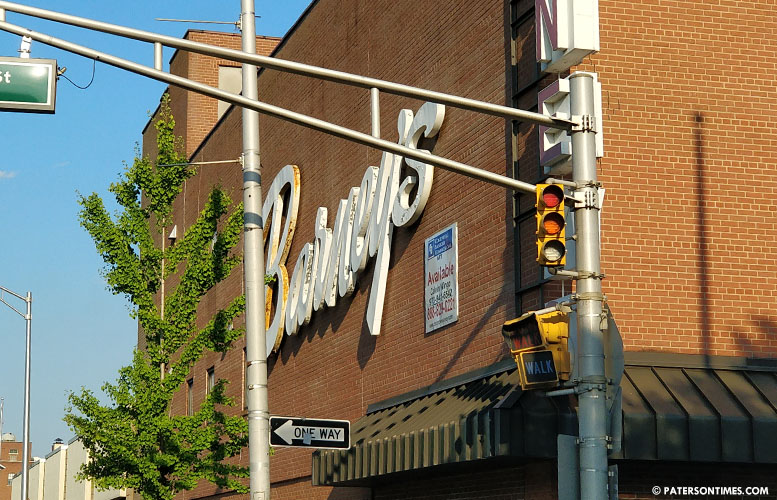 The Paterson Charter School for Science and Technology received approval from the planning board on Wednesday to open its newest campus at the Barney’s building in downtown. The school will educate 288 students in K-1 grades at the building starting late August.

This is the third campus for the Paterson Charter School for Science and Technology. It has a building on West Railway Avenue and another on Wabash Avenue. The school has a two-year lease agreement and is paying California-based Sepie Holdings $360,000 per year for both the three-story and the rear one-story buildings.

The campus on the corner of Memorial Drive and Main Street has 22,240 square feet of space for 11 classrooms, a cafetorium, and administrative offices. Prior to approval planning board members raised concerns about flooding in the area and the impact it will have on students. There were also questions about traffic congestion, lack of windows, and outdoor play area.

“I don’t see any windows. Will all of the students be inside a building with no windows?” asked Janice Northrop, chairwoman of the Paterson Planning Board. The building has 14 windows, most classrooms have at least two, said Steven Zemuda, architect for the school.

Some also raised questions about lack of outdoor play area for youngsters. “Will your students have recess?” asked school board member Jonathan Hodges from the audience. The building’s first floor will accommodate an area for gym, cafeteria, and space for recess, said Ali Riza Gurcanli, lead person or principal for the charter school.

Gurcanli and others pointed out the same building was previously used as a daycare center for 300 youngsters. Asked if the building is suitable for a school, Zemuda, the architect, replied, “Most definitely.”

Gurcanli said the school will likely extend the year or move students to its lower grade campus on Wabash Avenue.

The basement of the building has five sump pumps to protect against flood waters, said school officials.

Some board members worried about the traffic congestion the busing and drop off of students will cause in the already busy downtown Paterson area. “Main Street is terribly busy,” remarked Brooks.

Half of the students will be transported using three large school buses, said Al Simoff, traffic engineer for the school. He said buses will drop and pick up students on the Washington Street side of the building. Parents will use Main Street for drop off and pick up, he said.

Washington Street cannot accommodate three large buses. Simoff said the school will have to stagger arrival time for the buses to ensure only one bus is there at a time. “It has to be managed,” he said. “It takes five minutes to unload a bus.”

Board member Stacy Coleman disagreed with the traffic engineer. “It doesn’t happen,” she said pointing to the difficulty of getting young children out of vehicles.

Joseph Valenti, owner of Valenti’s Bakery, and his namesake son, an attorney, closely followed the proceedings. The bakery is hoping there isn’t a major disruption as a result of the school. Valenti, the attorney, said the bakery does not oppose the school.

The bakery has existed there for 60 years, said Valenti.

Planning board members approved the school in a 4-2-1 vote. Brooks and Coleman voted against. Jesus Castro abstained. And Abdelaziz, Northrop, Hector Nieves, and Harry Cevallos voted in favor.

Castro said he abstained due to the concerned that were raised by Hodges and others.

Lilisa Mimms, who was voted vice chairwoman of the board, recused herself. She pointed to a possible conflict because she is also a school board member.

The building is fully furnished and occupiable, said school officials. The school promised to get the owner of the building to repair the sidewalks. It will also use Paterson Parking Authority lots for its 30 staff members.

The Paterson Charter School for Science and Technology was awarded 516 seats in March of this year. This is part of that expansion, Gurcanli.